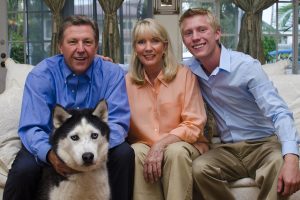 Charlotte Rodstrom served from 2006-2012 as a City Commissioner in Broward County’s largest city, Fort Lauderdale. During this time, she served as Vice Mayor twice. Charlotte’s experience will bring a unique perspective to the City Commission, with a keen understanding of the issues most affecting us.

As a city commissioner, she championed the need to streamline government, improve public safety, ensure responsible growth, and expand economic opportunities. She is a steadfast believer in listening to your concerns and acting upon them as your advocate in government.

During her tenure, the city’s total property tax rate declined by 21%, making it the seconded lowest tax rate in the State for large cities. In addition, numerous improvements to both the police and fire departments were accomplished providing for a safer city in which to live. Charlotte is a consensus builder and her ability to build bridges with the residents on development issues strikes a balance between the two competing interests. She works hard with both the business community and the residents to create economic development that works for the benefit of all.

She has served as Vice-Chair of the Broward Metropolitan Planning Organization, Board Member of the Broward Water Task Force, and the League of Cities’ appointee to the Broward Cultural Council. These boards all have county/city wide responsibilities. This perspective, coupled with her former Commission duties, has positioned her well to effectively serve you at the city.

Charlotte has the experience operating the largest city budget in the county, managing $632,677,392 yearly, with 2485 employees and serving a population of 165,000 residents.

Charlotte has experience supervising a police department and a fire/rescue department.

This experience has provided her with the skills she needs to hit the ground running, on day one for you.

She is married to former County Mayor John Rodstrom. They have three grown sons, Travis, Wade and John III. Born in 1953, Charlotte moved to Fort Lauderdale with her parents when she was two years old. She attended public schools and has raised her children here. She has been a resident of Fort Lauderdale for over 60 years.

Contribute to my Campaign: Donate

© 2023 Charlotte Rodstrom for Mayor. POLITICAL ADVERTISEMENT PAID FOR AND APPROVED BY CHARLOTTE RODSTROM FOR MAYOR OF FORT LAUDERDALE, FL.